I left Bordeaux in the early morning hours for Pujols to see my friend, Louise, whom I hadn’t seen since 2012.  I was also meeting up with my dear friends, Fay & Terry, who were driving from Brittany.  Once again, I was leaving the city to find myself in a small medieval village where Louise lives during the summer months.

Her home is not the typical house, but a 12th Century Manor that sits on a fortress, ''La Souleillane''.  Pujols, a fortified town, is one of France’s most beautiful villages perched on a hill near Villeneuve-sur-Lot. Pujols is also the most famous and most popular route of Santiago de Compostela.  At that point, I felt that my trip was in some way a pilgrimage in search of spiritual significance.  In my case though, I was not going to some shrine or temple, but it was rather a journey within to find more meaning in my life while sharing precious moments with my friends.

Louise is a wonderful hostess who makes everyone feel at home and we all know that the food is always fresh & delicious. It’s the kind of place where each day is filled with the most lively conversations and especially so when Fay & Terry bring their interesting point of view.  All three of them are very well-read and informed intellectuals with a great sense of humor.

Fay and Louise met at SOAS University of London (The School of Oriental and African studies) and have remained friends.  I met Fay & Terry at Louise’s a while ago when I was married for she was a friend of my ex-husband. After my divorce, Louise was kind enough to invite me to visit on my own.  She remained a friend and did not put me aside as a result of my being divorced.  Sadly and in many cases, friends I had while I was married no longer wanted to have me around.  I guess I became a threat for some reason but in Louise’s case it never occurred to her to behave in such a way, a character trait of the goodness of her heart I truly admire.

When I first moved to New York, Fay was the first to visit me in 2009 when I was living in Tudor City.  She was there on business and to see her lovely daughter, who does research at the Rockefeller Institute Hospital in New York.  Fay is a wonderful friend and very dear to me. When she learned that I was diagnosed with cancer, she flew over from England to take care of me in New York.  I felt so grateful and, still to this day, to have Fay in my life. Before she returned to England, I organized a dinner at the local café, Tudor Café, with all my friends to thank her and to celebrate Life & Friendship.

To this day, our Life & Friendship group has grown and is now part of our regular gatherings.  When in search of meaning, I think of my family of friends who have enriched my life in such a way, that money and all that material stuff we tend to accumulate will ever bring me to fulfill my life. To live from the heart is the only way for me to live and I strive to infuse my art with this message of peace, love, beauty and harmony! 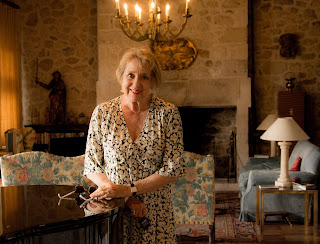 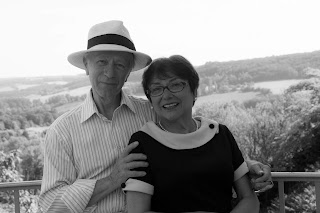 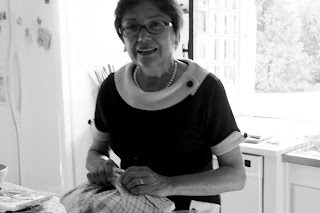 Fay cooking Biryhani for guests who showed up the next day! 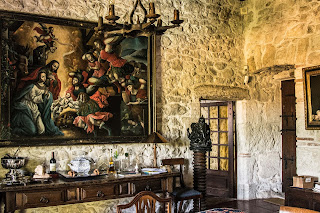 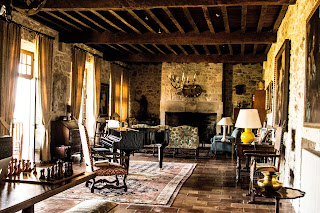 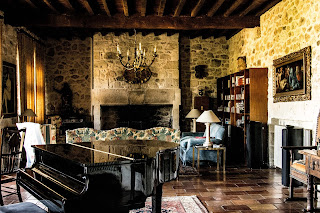 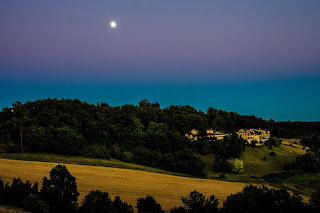 The view with the full moon at la Souleillane 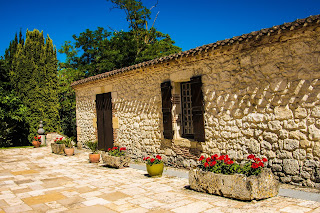 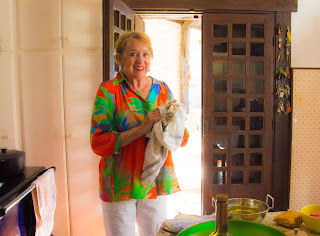 Posted by Marlene Luce Tremblay at 10:38 AM